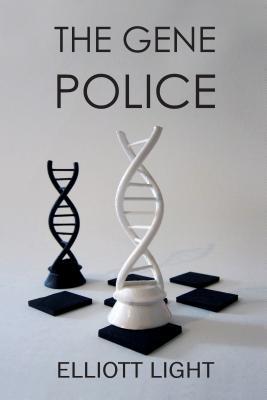 The Gene Police is a work of fiction that wraps a murder mystery in elements of the eugenics movement. To be clear, it is not a treatise on the subject but should enlighten readers about this little known pseudo science and hopefully inspire some of them to delve deeper into its history, its proponents, and its impact on American life. The author puts it this way: -My interest in race issues can be traced to growing up in the segregated suburbs of Washington, D.C. My mother’s relatives were slave owners. My great great uncle was a famous eugenicist who was instrumental in the passage of the miscegenation and sterilization laws in Virginia. I’m convinced that if we as society are to rid ourselves of the curse of racism and white supremacy, we need to continue to keep the issue in the public conversation. My hope is that The Gene Police will add to the dialogue about racial issues by teaching readers about America’s fascination with eugenics while simultaneously entertaining them.
Ah, the long-winded opening that presents the life history of the protagonist. It seems that no matter how many times you scream the advice to not do this, writers still do. Given, the opening of this book is not the worst I’ve read. It’s still a bit long-winded and had me asking the question, “Why do I need to know this right now?”
The beginning felt like the protagonist (Shep) was recalling a previous book for the reader’s insight, read in a “this happened, this happened, then this happened,” kind of voice.
This book wasn’t bad, but it wasn’t for me. I’m not a big fan of murder mysteries to begin with. I often get bored – I like character driven, not plot driven.
I couldn’t get into Shep. There was this distance between us. It’s the same distance I feel with a lot of murder mystery protagonists – it’s like they are a faceless figure that I’m supposed to step into.
Again – not a bad read. Just not up my alley. (I read YA Fantasy.)
This book did that thing were the characters would be talking about something without supportive narration for the reader. If I knew more about legal aspects and how attorneys work, I might have followed along better. But I don’t. So I didn’t.
But, if you’re into murder mysteries, this book is worth a look.
Overall, I give The Gene Police a 3 out of 5.
*This book was given to me by the author in exchange for an honest review.