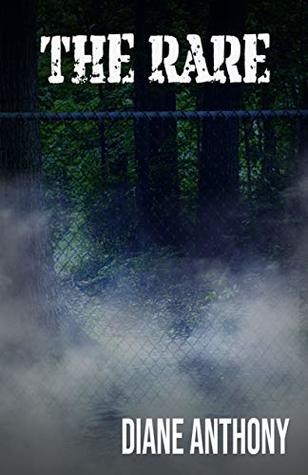 The Rare is a YA Science Fiction set in a dystopia that greatly reminds me of Fallout.

Yes – The Rare is a book produced by my published, Authors 4 Authors, so glean whatever you’d like from this review.

Overall, I enjoyed this book. I’m not the biggest fan of dystopias, and I typically avoid them, but I gave this one a shot.

One of beefs is that I have so many questions about the world – it’s a post-bomb type of world, where cities are fences in and heavily monitored, but they have Mountain Dew? Olivia has never seen a skunk, but she’s watched Lord of the Rings? I’m so confused at how the world operates.

Another beef is how often tears leaked down cheeks – enough that I noticed it.

Beyond that, I enjoyed the story. Olivia struggles with self-worth. She’s tried to kill herself multiple times. She doesn’t have anything to look forward to – she’s struggling with severe health problems, she feels stupid in school, and she’s dealing with constant bullying. I felt for her. I was rooting for her.

I am a fan of “finding where you belong” stories. Olivia finds that niche were she might belong, yet she feels attached to the city she left.

And poor David. He’s got it bad for Olivia, but she straight-up put him in the friend zone.

I enjoyed the whole “rare” concept. There’s so many places the story could go after this book.

One thought on “Book Review: The Rare by Diane Anthony 4/5”