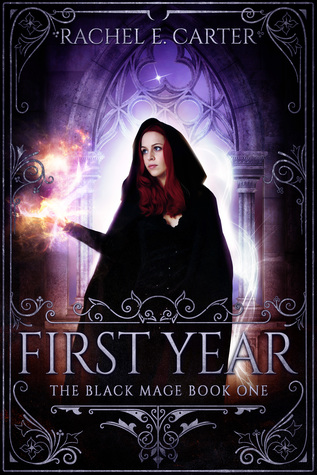 I enjoyed this book, despite how I kept waiting for something more to happen – something that would imply a darker story arc to span the series, a bigger villain, a larger world-spanning threat. And…it never came.

Don’t get me wrong – I enjoyed this book. It was surprisingly short. I bought the boxed set (ebooks) and I didn’t realize that when it said I was 13% finished it wasn’t talking about the first book. It meant the whole series. So the ending of book 1 came abruptly.

Or maybe I’m so used to these larger-than-life, world-changing, empire-ending fantasies that I don’t know what to do with a book that’s not about those things.

I enjoyed Ry, I liked her determination.

Ella, Alex, and poor Priscilla were VERY cookie cutter. They were the “best friend,” “protective brother,” and “mean girl.” Beyond that, they had very little character development.

I didn’t care for how often Ry complained about how unfair her situation was, how she was lowborn and most of the others in her year were highborn, and how she didn’t have the advantages they did – it sometimes came across as whining. Now, I also realize that Ry is fifteen and she is at an apparent disadvantage. She wants to be one of the chosen apprentices and she has very steep competition.

Now, I’m aware there are three more books in which they might develop. This was just the first. I am looking forward to seeing how these characters change and evolve from children to young adults.

I bought this series because it was advertised as “perfect for fans of Throne of Glass.” Let me be honest – it did not live up. However, I still enjoyed it. Sure, First Year has flaws. The characters aren’t well developed, the romantic subplot is a bit meh, and the world building is lacking. However, none of those things bothered me. The story didn’t need all the extra stuff. We’ve got three more books, baby. We have time for world-building and character building.

So, First Year by Rachel E. Carter gets 4 magical fires out of 5.