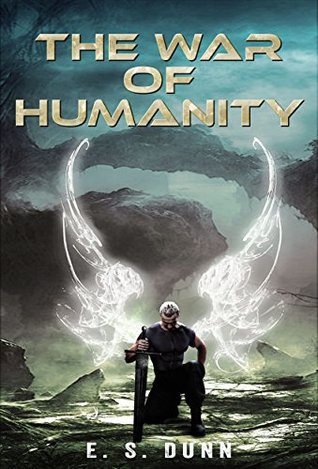 It would seem that Selison has it all. A prince on the planet Chaos (ky-ah), Selison lives in a tremendous castle, has a loving family, and has servants to take care of anything he wants. He is a compassionate warrior, he cares deeply about his people and is adored by them. Despite being the youngest of four children, he is the last hope to become king. On the day of his trial to become king though, it was all taken from him.

Amidst the trial, Chaos is assaulted by a horrible force of evil and malice that seeks to destroy everything. In a final effort to preserve his people, Selison’s father, King Deodin, throws Selison into a spaceship and sends him into the stars. The prince’s last sight before falling into a deep slumber is his home erupting into a ball of flame. He floats off towards another planet capable of life. A small rock called Earth.

Stranded on this alien planet with no home to return to and threats looming behind every fake smile and within every dark space, Selison finds that the survival of both himself and the inhabitants of this new place depends on him.

I am ashamed of how long this book has been sitting on my dresser, waiting to be read and reviewed. E. S. Dunn went through all the trouble to send me a hardcover copy of this book, and I let it sit.

This book has a very anime feel to it. It felt as though I were watching everything happening through a screen. There was a space between me and the characters. However, that’s not a bad thing. It’s just a thing. The anime feel also comes from the characters, their actions and mannerism, and the writing.

This book is told through a narrator, and at first the narrator’s knowledge of earthly things and the comparison to earth-things bothered me. But, it was done consistently, and when earth entered the picture, made more sense. This “being” of a narrator is telling the story.

My one beef with this book came with the name of the world. Chaos. Now, when I see this word written on a page, I read it as the well-known English word, chaos. That’s not how it’s pronounced, as the book’s description says. But, why name a world a word that is well-known when Dunn could have just make up a name that is spelled like it is pronounced? This is a sticky area when it comes to fantasy and science fiction. Don’t name thing weird or hard to pronounce thing.

Now, overall, this book was enjoyable. It didn’t have the “read all night even though you have to go to work at 8” kind of a feel, but it was enjoyable nonetheless. Everything about was good, not great, but good.